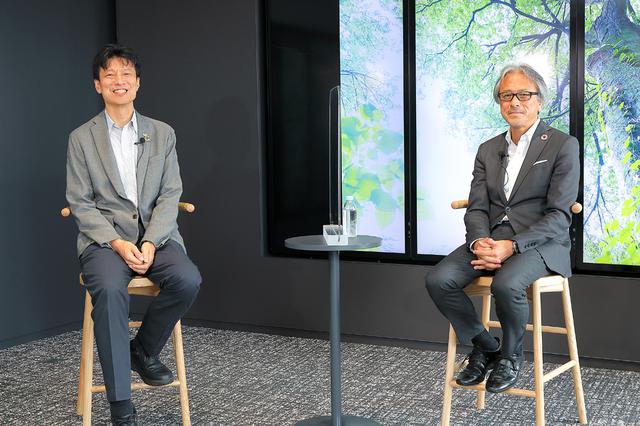 Innovation Starting with a Question - Vol.3 What is society-changing DX?
[Part 1] How does DX relate to solving social issues?

Executive Foresight Online 編集部 @ Executive Foresight Online
From Kyōsō-no-MoriInnovation Starting with a Question - Vol.3HitachiExpertSDGs(English)
This year, Research & Development Group, Hitachi has begun webinars with the purpose of thinking about questions through dialogues with researchers and designers. The theme of the third webinar which was live streamed on August 5, 2021 was "What kind of DX (Digital Transformation) will change our social systems?" We welcomed Yoshimitsu Kaji, Senior Principal of Hitachi Lumada Innovation Hub and Chairman of an AI startup, to bring you the dialogue with Masakatsu Mori of Research & Development Group, Hitachi in a three-part feature.
FacebookTwitter 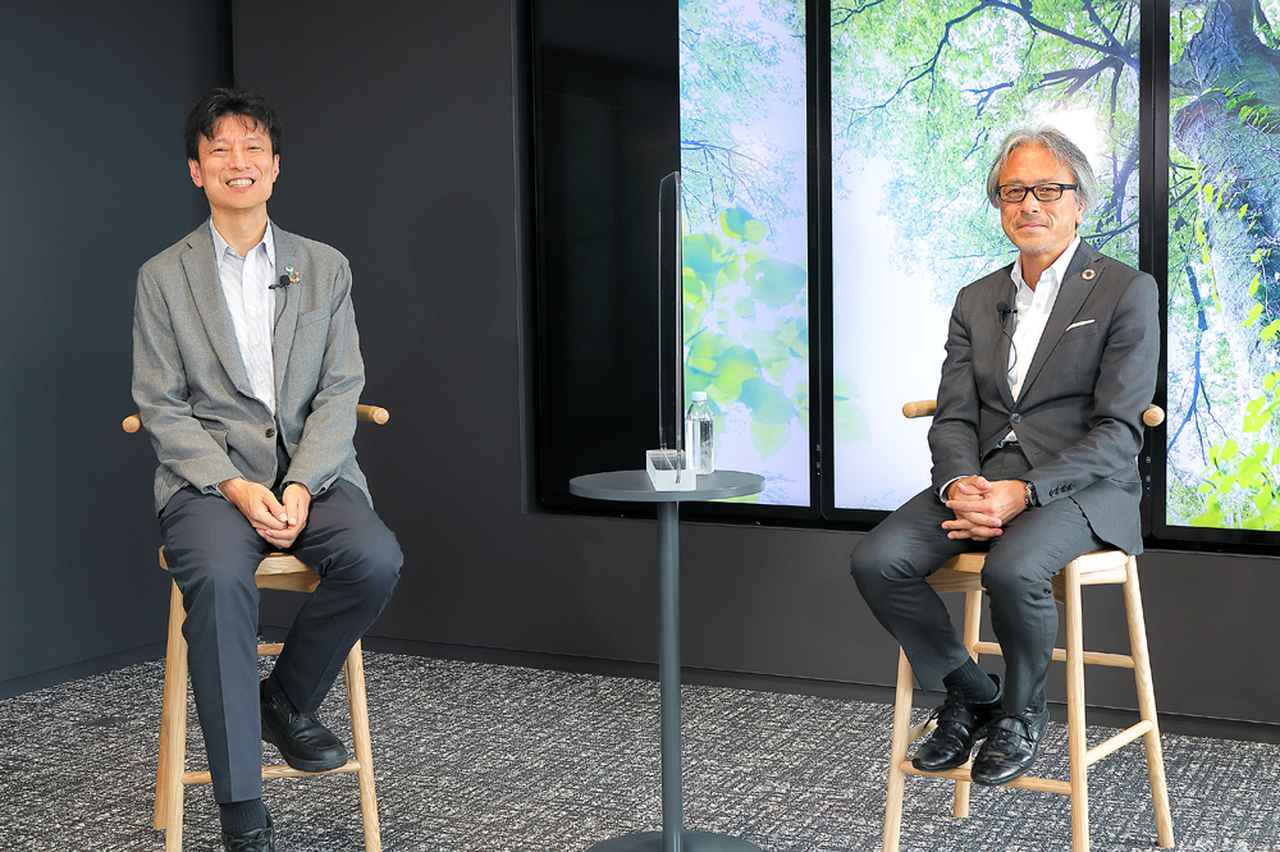 Close relationship between social issues and DX: The keyword is "VUCA"

Maruyama
My name is Yukinobu Maruyama, Head of Design at Research & Development Group, Hitachi. I will be the host of this webinar. In the last webinar, we discussed how to create visions that stand at the core of our Social Innovation Business and how to execute them. The theme of this webinar is "What kind of DX (Digital Transformation) will change our social systems?" We welcomed Yoshimitsu Kaji, who successively held various posts in a wide range of industries—such as advertising manager at a film company, marketing director in an automobile manufacturer, and director of global communications strategy at the Prime Minister's Office of Japan—and who is currently serving as the Senior Principal of the Hitachi Lumada Innovation Hub, to sit down for a dialogue with Masakatsu Mori of Research & Development Group, Hitachi.

Kaji
Thank you for inviting me today. Lumada Innovation Hub, which you kindly introduced, opened this April as a "co-creation hub" where customers, business partners, and Hitachi can work together, and deploy their knowledge and ideas to innovate. There, I am in charge of operations, providing consultation services, and human resource development. In addition to my job at Hitachi, I am also involved in managing a startup called Cinnamon AI, a company that provides products and development consultations concerning AI. Also as a smart city promotion consultant for Kamakura City, I propose policies for SDGs, regional revitalization, and technological innovations to promote strategic alignment.

Mori
My name is Masakatsu Mori of Research & Development Group, Hitachi, Ltd. Today, I am looking forward to learning from your wealth of experience on how to connect DX to social issues. Thank you for being with us today.

Maruyama
Now, let's begin with our first topic. "How does DX relate to solving social issues?" Mr. Kaji, could you please tell us what you think?

Kaji
DX and social issues are very closely related, and the keyword that connects these two is "VUCA (*)." The disruption of existing industries due to the sudden advent of startups, unexpected political changes, outbreaks of large scale disasters due to severe climate change, and the global spread of COVID-19. All of these represent VUCA.

* VUCA is an acronym in business that stands for volatility, uncertainty, complexity and ambiguity, and represents the unpredictable conditions of society. It was coined as a military term in the US in the 1990s.

By the way, did you know that before the SDGs, there was "MDGs (Millennium Development Goals)"? The MDGs were a set of 8 goals that humans should achieve between 2000 and 2015. But the main difference from the SDGs was that a forecasting approach was taken, based on "what can be achieved now."

On the other hand, SDGs adopted a backcasting approach, thinking "what we should do to realize an ideal future." Sure enough, there is a gap between what humans can do now and the "ideal state" that SDGs envision. But this gap is the driver that boosts mass innovation, and the 17 goals set out in the SDGs are the list of business ideas that the world should aim for during an era of VUCA. And when we think about what innovation is to begin with, DX appears as a hint, right there in front of us.

Digital capability that closes the gap between ideal and reality

Mori
In the past, we used to have clear goals that we knew we needed to aim for, and conducted research with roadmaps to achieve those goals. But in recent years, society has become complicated, and oftentimes, we do not know where the problem is in the first place. So through "co-creation" with customers that we have been undertaking since 2015, we start from finding where the problems are. We create visions with customers by using this backcasting approach.

In the case of the SDGs, "save the earth" is the vision. Recently in Japan, "once-in-a-century" large-scale disasters are happening every year. This is surely due to climate change, and is a social issue that we need to work on, regardless of country, on a worldwide scale.

Then, how should a company create approaches to such issues? You mentioned the gap between ideal and reality. There is a gap because there are difficulties in the current social system. If we take the issue of climate change as an example, we can come up with solutions such as developing a new scheme for resource circulation. This is where AI plays an active role. If we analyze various data with AI, we can gain more insight into consumers. Based on that, if we can create a system that will change the way of living and working, we should be able to close the gap between ideal and reality. I think supporting such issues with digital capability is the very essence of DX.

Click here for "[Part 2] Why is 'a place to connect beyond boundaries' important?"