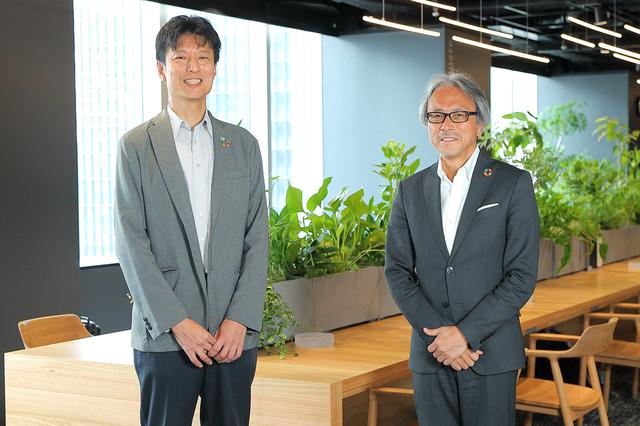 Innovation Starting with a Question - Vol.3 What is society-changing DX?
[Part 3] What is the role of DX in the Social Innovation Business?

Executive Foresight Online 編集部 @ Executive Foresight Online
From Kyōsō-no-MoriInnovation Starting with a Question - Vol.3HitachiExpertSDGs(English)
A dialogue between Yoshimitsu Kaji, Senior Principal of Hitachi Lumada Innovation Hub , and Masakatsu Mori from Research & Development Group, Hitachi which was live streamed as a webinar on August 5, 2021. In the final part of this series, the two talked about the role DX needs to accomplish to create social innovation.
FacebookTwitter 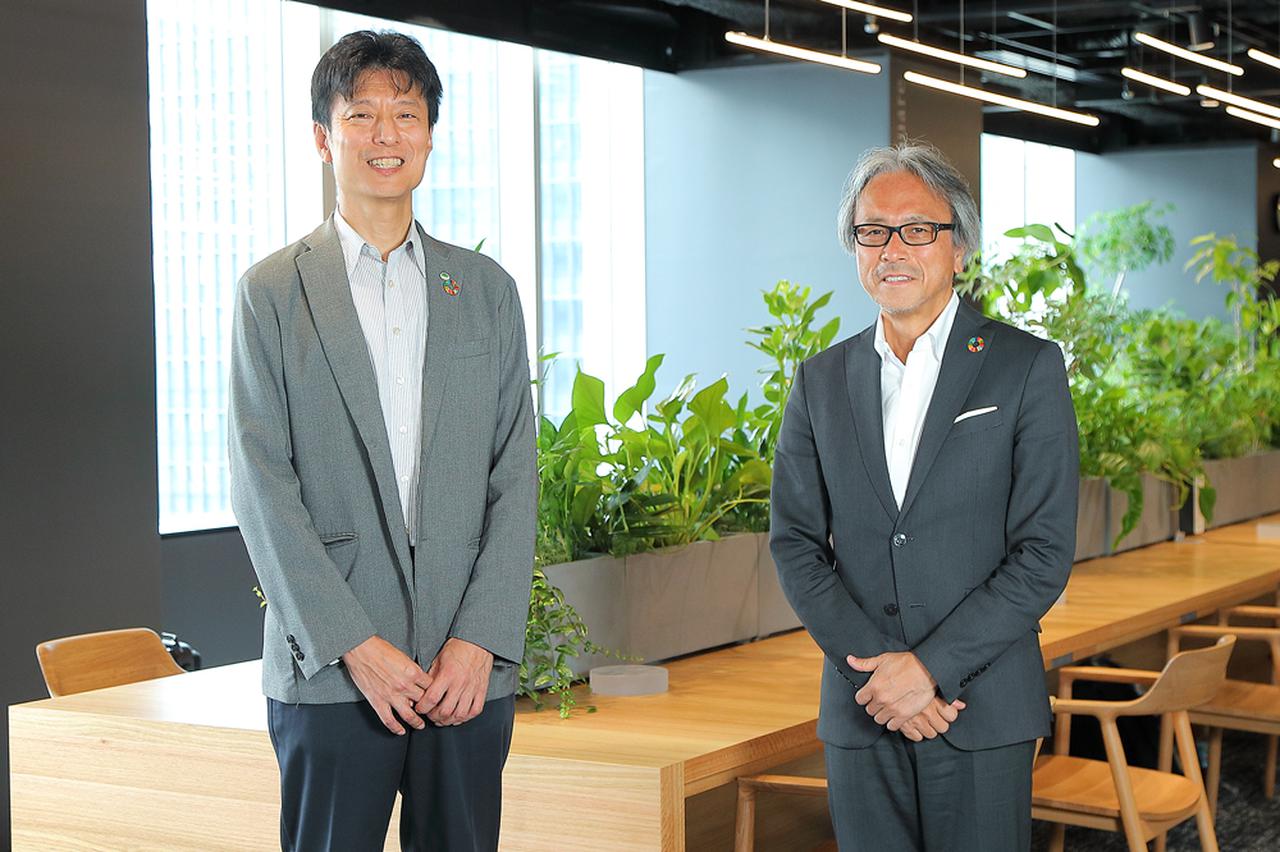 Maruyama
So far, you talked to us about the relationship between solving social issues and DX, and the importance of connecting beyond boundaries. For the third topic, we hope to hear from you both about the role of DX in the process of Hitachi's Social Innovation Business in co-creation with customers.

Kaji
Today, DX is growing at a tremendous speed across the globe, and I think the trend will continue to accelerate. Also, in Japan, the establishment of the government's Digital Agency will likely change society dramatically.

Recently, many discussions have been held around big changes at a global level. In 2019, Business Roundtable, an association of CEOs of leading US companies, proposed a new form of capitalism called "Stakeholder Capitalism." The idea was to shift away from shareholder supremacy, and aim to bring value to all stakeholders of companies.

Also, in Japan, in November 2020, Keidanren (Japan Business Federation) announced its ". The NEW Growth Strategy." The period at the beginning symbolizes their intention to put a full stop to the form of capitalism that have supported the traditional global economy, and grow the economy under a new strategy. Background of this growth strategy is a concept for Japan's future called "Society 5.0 (*1)" proposed by Japan's Cabinet Office. DX is positioned as one of the strategy's pillars. The strategy of Keidanren resembles the future direction of Hitachi, that is to say, solving the social issues of the world through innovation is DX. And now, through the SDGs, companies around the world are beginning to awaken and head in the same direction.

(*1) With a system that combines cyber and physical spaces at a high level, the world aims for a people-oriented society that simultaneously realizes economic development and the resolution of social issues.

Sharing an ideal future is the starting point of DX

Mori
After all, utilizing DX to solve social issues means changing the social system. To do so, as you mentioned earlier, it is indispensable to gain consensus from stakeholders. Having many stakeholders means it is more difficult to proceed with a project. So thinking about how to create consensus and how to achieve "three sides benefit (*2)" is crucial.

(*2) Three sides benefit: a management philosophy of the Omi merchants in Japan Edo period meaning "Benefit to the buyer (customer), benefit to the seller (company), and benefit to the public (society)"

After the agreement is reached among stakeholders and the problem that should be solved is identified, we can use technology to approach the solution. What is important is to set a direction that will lead to a better society, with the consensus of stakeholders. At Research & Development Group, Hitachi, we use a simulator called "Cyber-Proof of Concept (Cyber-PoC)," which enables demonstration tests by combining a variety of data in a digital space, for co-creation with customers. Before we proceed with a project, we conduct a simulation that shows what happens if a certain measure or solution is implemented to society, making sure everyone has agreed on the process.

Visualize future aspirations that "this will lead us to a better society," share it among the stakeholders, and proceed together. We hope to contribute to society to make the world a better place by initiating such projects one by one.

Maruyama
In the beginning of the session, Mr. Kaji indicated that in order to create social innovations in an era of VUCA, it is important to close the gap between ideal and reality by using a backcasting approach. And Mr. Mori said that to close the gap, creating consensus by utilizing visualization in a digital space, for example, will be the starting point for promoting DX. Although we haven't found an answer yet, I think we had a good discussion about the significance of DX in our Social Innovation Business. Mr. Kaji and Mr. Mori, thank you both for joining us today.