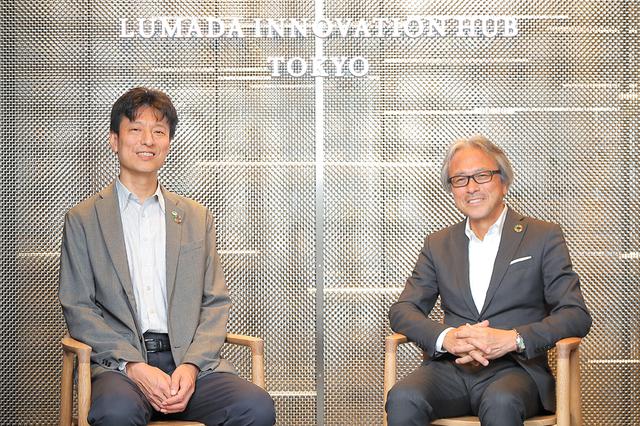 Innovation Starting with a Question - Vol.3 What is society-changing DX?
[Part 2] Why is "a place to connect beyond boundaries" important?

Executive Foresight Online 編集部 @ Executive Foresight Online
From Kyōsō-no-MoriInnovation Starting with a Question - Vol.3HitachiExpertSDGs(English)
A dialogue between Yoshimitsu Kaji, Senior Principal of Hitachi Lumada Innovation Hub and Chairman of an AI startup, and Masakatsu Mori from Research & Development Group, Hitachi. In part 2, they talked about the importance of a "place" where people can interact beyond the boundaries of organization to promote DX.
FacebookTwitter 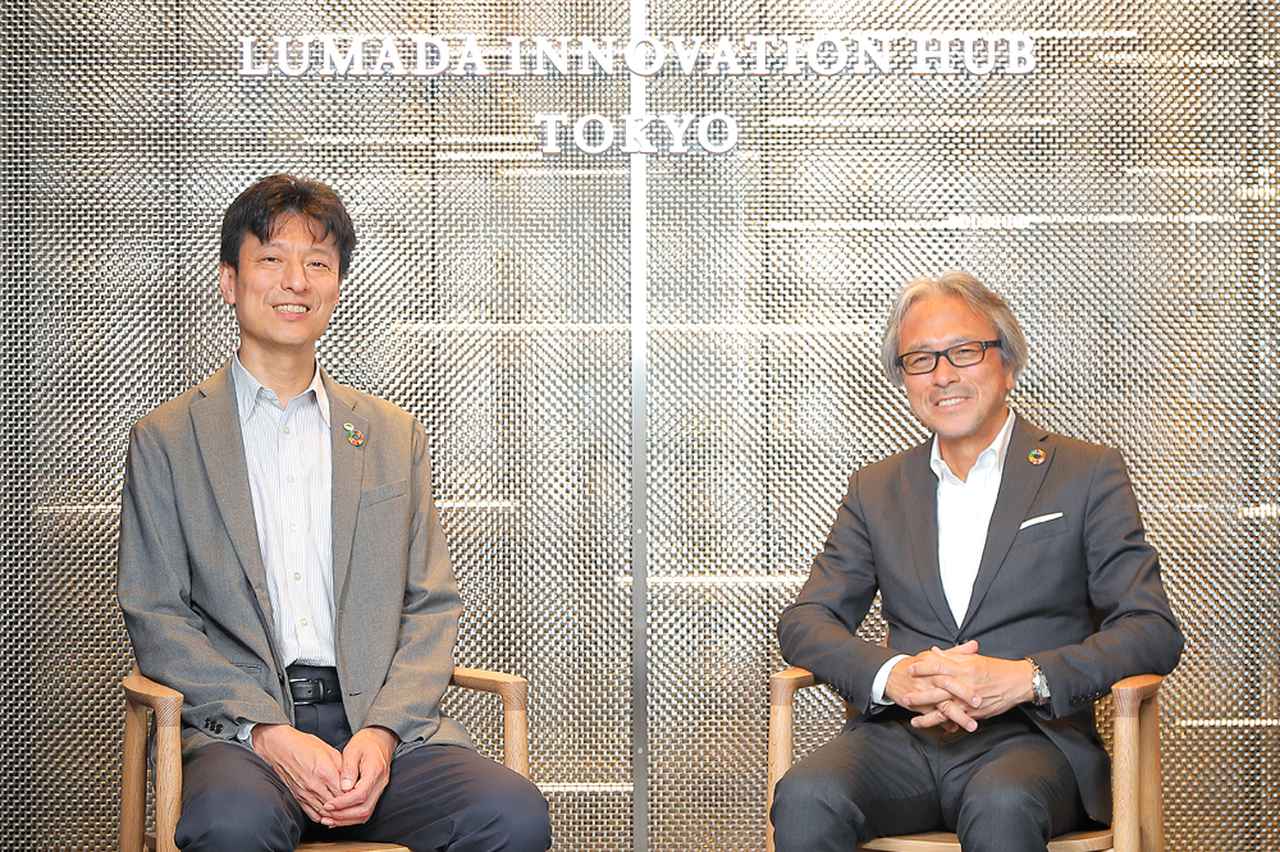 Japanese people should take a step away from their "virtues"

Maruyama
At the opening ceremony of the Lumada Innovation Hub Tokyo this April, you were saying that "In order to promote DX while co-creating with customers and business partners, 'a place to connect beyond boundaries' will be important." What kinds of thoughts or ideas were behind those words?

Kaji
Japanese people have the "virtue of modesty." They respect others and do not invade each other's privacy. It's an admirable virtue, but let's dare to step away. In other words, let's try to step out from our own comfort zone and into other's, and share each other's thoughts. These interactions across boundaries will be very important for the co-creation of innovations.

This Lumada Innovation Hub Tokyo is a physical place, where people from various organizations gather to have face-to-face discussions. So a wide variety of chemical reactions can be expected. And similar chemical reactions may occur in online spaces as well. So I used the expression "a place to connect beyond boundaries" in the hope that this place will act as the crossroads between virtual and reality.

I, myself am involved in the management of a startup called Cinnamon AI and also provide support for Kamakura City in addition to my work at Hitachi. What I feel when talking to each organization is that everyone has similar thoughts and is aiming at similar goals. I think it stems largely from the appearance of the SDGs which sets a common goal for all mankind. So now, there is a common language called the SDGs that everyone from all different sectors can use to have discussions. That is why we should more proactively cross the boundaries and connect with people from various organizations while maintaining respect for one another. I think this way of co-creation will give us a hint to the ideal future of mankind.

* Boundary object: a mediator that induces activities across boundaries of organizations and interactions between different organizations.

Mori
What you said about crossing boundaries reminded me of Toyota's "Kaizen." Kaizen is an initiative to improve the production process by not just focusing on one process that you are responsible for, but also on the pre- and post-processes and by having an overview of the whole process. This can also be applied to the creation of innovation and new systems. We should break down the barriers between different fields and look at things from a wider perspective. I think Japanese people have the flexibility of simultaneously having the virtue of modesty and a view of the world outside their own boundaries. If we can make the most of that trait, I think more new innovations can happen from Japan.

What causes innovation is "weak ties" rather than close relationships

Mori
As a Research & Development Group, Hitachi, we have a facility called "Kyōsō-no-Mori" in Kokubunji, Tokyo, where we promote co-creation by welcoming people from various companies and the government. There, as Mr. Kaji pointed out earlier, people are using the SDGs as a common language for discussion, saying things like "let's solve problem X mentioned in the SDGs."

In our first webinar, Dr. Noboru Konno, professor at Tama Graduate School of Business, explained that to carry out a project, it is essential to set a mid-purpose (= driving objective) connecting a big purpose to make the world a better place and a small purpose which is the personal wish of an individual or an organization. The 17 goals of the SDGs will be the guide to set a big purpose, and because people from different organizations can connect not only physically but also remotely, those who empathize with the driving objective gather in one place and advance the project together. I feel that it is becoming easier to adopt such frameworks. So we hope that we can energize Japan by facilitating opportunities for co-creation.

Kaji
Mark Granovetter, an American sociologist and an expert in innovation studies, proposed the theory of "The strength of weak ties." In other words, the strength of fleeting relationships. It is a hypothesis that networks of casual acquaintances rather than close relationships such as family, close friends, or colleagues working in the same office everyday, can create more opportunities for innovation. I hope that Lumada Innovation Hub Tokyo will become a place where "weak ties" will be produced on a large scale.

Click here for "[Part 3] What is the role of DX in the Social Innovation Business?"