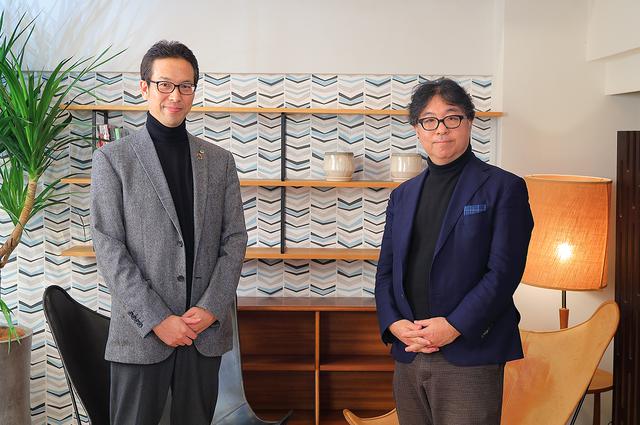 Societal Transition and AI - Vol.3: Social Systems Created by Diverse Data
[Part 1] What are the real-life examples of data utilization in social systems?

Executive Foresight Online 編集部 @ Executive Foresight Online
From Kyōsō-no-MoriSocietal Transition and AI - Vol.3Artificial Intelligence(AI)Big DataOpen InnovationExpert
The third volume of Research & Development Group, Hitachi's webinar "Innovation Starting with a Question — Social Transition and AI," was streamed on November 29, 2021. In this feature, we bring you the dialogue between Mr. Kentaro Fujimoto, the President and CEO of D4DR inc. and Hiromitsu Kato from Research & Development Group, Hitachi, in three parts. Mr. Fujimoto, who is an expert in IT, has worked as a consultant on the promotion of corporate innovation for many years. As a researcher, Kato has taken part in the design and development of social systems. From the standpoint of data utilization, they talked about the "trust of social systems" in detail.
FacebookTwitter 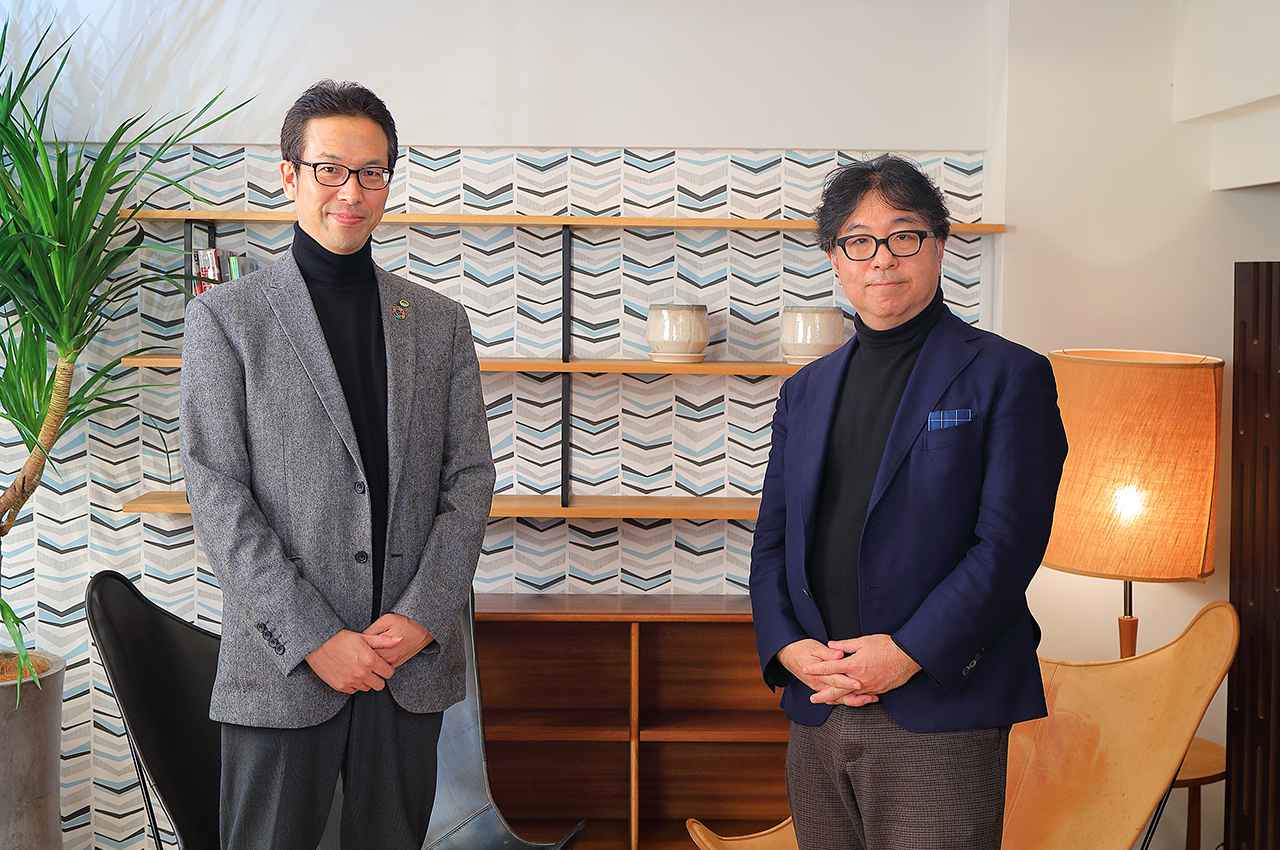 "Promoting corporate innovation with IT" & "optimizing society with data utilization"

Maruyama
My name is Yukinobu Maruyama from Hitachi, the host of this dialogue. The topic of today's dialogue is "social systems created by diverse data." We would like to discuss how social systems can change by utilizing diverse data, together with the question of how to secure the "trust" of social systems. Our first guest is Mr. Kentaro Fujimoto, the President and CEO of D4DR inc. Mr. Fujimoto has been working in the field of business consultation for many years. He is also known as the author of "Business Revolution in the Age of the New Normal" (Nikkei Business Publications, Inc.). And our second guest is Hiromitsu Kato, who has been studying societal systems engineering in Research & Development Group, Hitachi.

Mr. Fujimoto
During the dawn of the internet in the early 90s, I came across a web browser called "NCSA Mosaic" that was developed in the United States. I felt certain that it would bring change to businesses across the globe. So this is where it all began. Since then, I've been supporting companies to practice innovation with the utilization of IT for nearly 25 years. In addition to being the President and CEO of a consulting firm named D4DR inc., I am also engaged in the management of startups.

Kato
As a researcher, I've been involved in the design and development of management systems for social infrastructure such as water supply and railways operation management. I have a wealth of behind-the-scene experience in how to optimize society through data utilization.

Maruyama
Now, let's begin with our first topic. "What are the real-life examples of data utilization in social systems?" Let's begin with Mr. Fujimoto.

Mr. Fujimoto
Our neighbor South Korea is way ahead of us in terms of utilizing open data. In Seoul, for example, they used the data of passengers getting into and out of a taxi in order to design a late-night bus route. By combining data such as where passengers used their mobile phones to call taxis and where they got out of the taxis, they were able to understand the transport needs of people late at night. Based on this data, they created a bus route.

Kato
In the same area of public transportation, Hitachi has also worked on a case. We developed a solution called the "Dynamic Headway," a system that controls train intervals according to congestion levels. This system adjusts the train's operating schedule based on the "passenger flow," which is obtained by measuring the movement of people in stations and trains. In addition to securing a conventional on-time operation, it aims to achieve operation based on the occasional demands to mitigate congestion.

Mr. Fujimoto
There is also a method called "Dynamic Pricing," in which the price changes in accordance with the balance of supply and demand. It's already in practice on some highways, and some railway companies are planning to use the system. By optimizing and equalizing human activity, we think that we will be able to effectively use time slots that were underutilized within societal resources. If we can adaptively change fares in addition to the train's operating schedule which Dr. Kato mentioned, I think we can steer society in a better direction.

Maruyama
Recently, Mr. Fujimoto has been working on the promotion of corporate innovation of not only social infrastructures but of retail industries as well. Please provide us with some insights in that area too.

Mr. Fujimoto
In retail, a solution called the "Electronic Shelf Label" has begun to be introduced. Until now, staff would walk around stores with stickers like "30% OFF" each time there was a discount. But with the Electronic Shelf Label, you can automatize this process. In addition to this, they can make prices higher when the product will sell for more, according to the balance of supply and demand. They can even change the price range according to their clientele. By utilizing the supply and demand data, a different way of generating profit becomes possible.

In recent years, stores with unmanned check-out systems, such as Amazon Go (*), have emerged. In such stores, staff/customers don't need to scan products' barcodes because sensors automatically recognize which product the customer has in their hands. In these stores, you can set different prices for the individual customer. So it becomes possible to provide a unique shopping experience like "Today is my birthday, so the store gave me a really good discount!" In retail, you can say that the elements of Dynamic Pricing, a system where you can change the price according to time, situation, and consumer, have begun to come together.

* A grocery store operated by Amazon.com. Customers can buy products without queuing at the cash register.

Risk of fairness brought about by Dynamic Pricing

Maruyama
From what you said, I got the impression that Dynamic Pricing is an incentive to strike a balance between supply and demand. It's also an ideal method that encourages people to collaborate. But on the other hand, does Dynamic Pricing bring with it no risks to society?

Kato
From the insight of Behavioral Science, there is an approach called "nudging." It's a way of encouraging someone to take a favorable action. For example, during the time slot when the train is crowded, you can change a person's behavior with a recommendation such as "If you stop by at a coffee shop, the train will be less crowded" and offering them a cafe voucher. However, if you overuse this, there is the risk of having the opposite effect like "Had I taken that train, I could have arrived at my destination faster. But I'm late because I stopped by at a coffee shop." In order to avoid this, the AI itself needs to be trustworthy. Currently, we are working on promoting social demonstration of technologies that appropriately promote behavior change, by nudging according to each individual's characteristics.

As Mr. Fujimoto just mentioned, price controls in stores with unmanned check-out systems may arouse suspicion among consumers as they might say " Maybe I'm buying this for a higher price?" Is it really fair to change the price according to supply and demand? I think how we secure this will be a challenge going forward.

Mr. Fujimoto
It may be similar to the IT literacy discussions, but the substance of services the customer receives will change depending on how much they understand the price change algorithm. There will also be problems of creating disparities such as how much of a bargain something feels and differences in how much you can control spending. I think discussions with such problems and differences in mind will be necessary from here on.

Click here for "[Part 2] What is a new data utilization space that should be established between the public and the private area?"