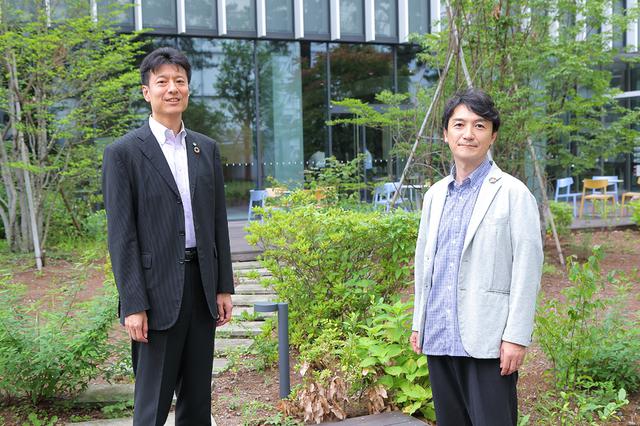 Executive Foresight Online 編集部 @ Executive Foresight Online
From Kyōsō-no-MoriPrologue — What is "Kyōsō-no-Mori?"Open InnovationHitachi
In April 2019, Hitachi launched "Kyōsō-no-Mori" — a hub for research and development — with the goal of creating innovation by collaborating with organizations such as companies and public administrations. More than two years have passed since the launch, and the business environment surrounding Hitachi has changed dramatically since the beginning of the coronavirus pandemic last year. Under such circumstances, we believe it is important to discuss the objective behind the launch of "Kyōsō-no-Mori" and the way in which it will create innovation moving forward. For this two-part EFO (Executive Foresight Online) feature, we welcomed two key figures from "Kyōsō-no-Mori": Masakatsu Mori and Yukinobu Maruyama of Hitachi Research & Development (R&D) Group, to talk about these topics.
FacebookTwitter 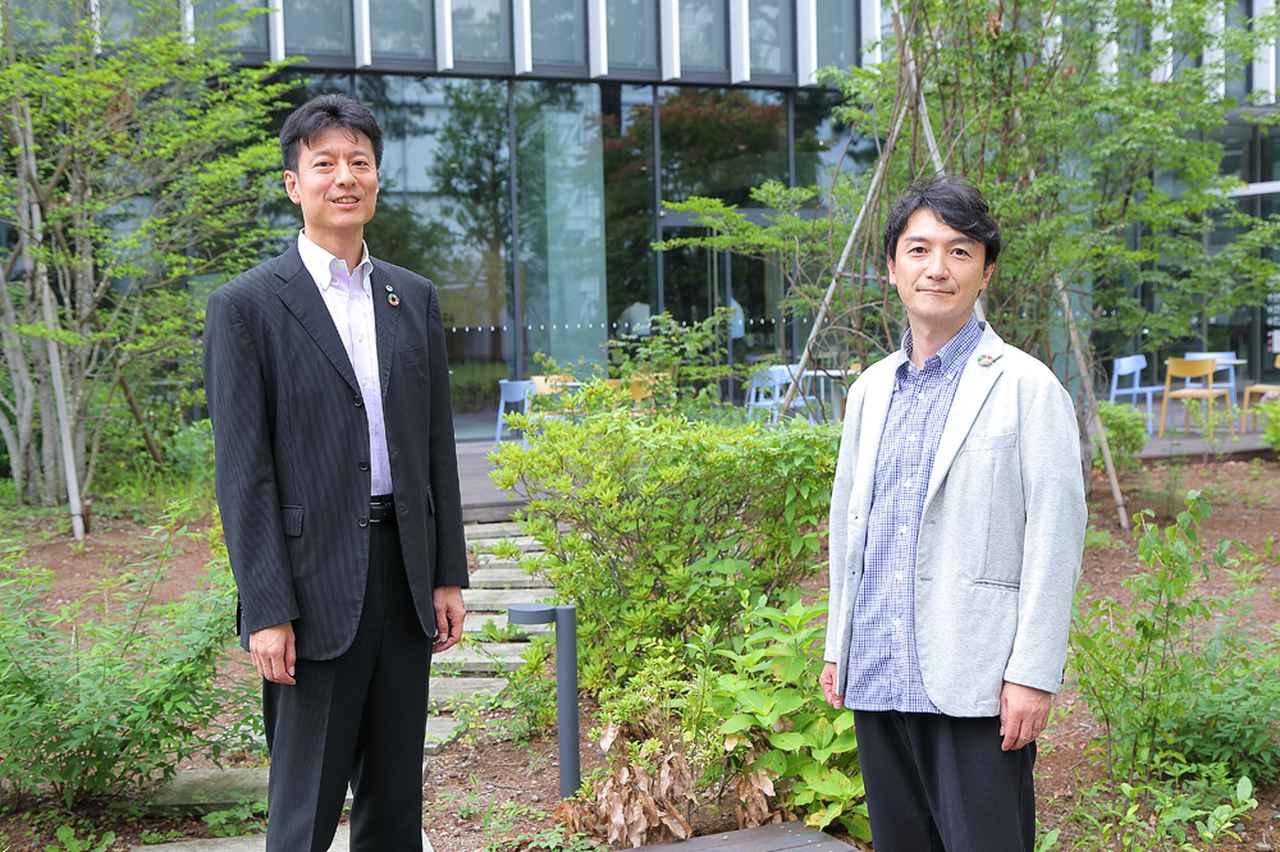 — Today, we are going to bring you an interview from Hitachi's R&D hub, "Kyōsō-no-Mori" in Kokubunji, a city located on the western outskirts of Tokyo with Masakatsu Mori and Yukinobu Maruyama of Hitachi R&D Group as our guests. Firstly, please tell us about your roles at Hitachi.

Mori
I am the General Manager of an organization called the Global Center for Social Innovation (CSI). Hitachi R&D Group consists of three different organizations, depending on the type of innovation. The first is what you call a "customer-driven" innovation. It begins with "co-creation" such as sharing issues and setting visions with customers. The second is a technology-driven innovation and uses Hitachi's technology, including digital and healthcare, as the base. The third and final is "Exploratory research." This one nurtures the buds of future innovation by exploring social issues that need to be solved. I am in charge of managing the first one, customer-driven innovation.

Maruyama
I am the Head of Design at the Global Center for Social Innovation - Tokyo. My role is to devise strategies for applying "design," which Hitachi places as one of its technological bases, to the field of innovation within the R&D Group.

The design I'm referring to here is not limited to conventional things such as product and interface. It refers to activities related to innovation starting from the creation of business models. As we looked at how the meaning of design has changed at Hitachi, we found that our roles within the company began to evolve from 2005, when the field of "Service Design" was launched within the R&D Group. Before this, our role was to design the products that were developed by the business unit in charge of the project . But we shifted to a style where we collaborate with the business unit to come up with new services and business models that can adapt to social changes by utilizing R&D Group's knowledge and methods. Later on, since the launch of Hitachi's "Social Innovation Business" in 2009, we have been engaged in a new business that can create value for society. In other words, utilizing our background in design and taking initiatives to create innovations that lead to solving social issues.

— "Kyōsō-no-Mori" opened its doors in April 2019 as part of Hitachi's Central Research Laboratory in Kokubunji, Tokyo. What was the reason behind its launch?

Maruyama
Around 2015, when the concept of "Kyōsō-no-Mori" was starting to take shape, the R&D group was already working on initiatives for creating new business models through co-creation with customers with the help of tools such as "NEXPERIENCE": our methodology for co-creation with customers, "25 Future Signs": our initiative for studying the trigger of change in people's values and future actions, and "Business Origami": our tool for creating business model prototypes. However, our design team, who was the direct contact point for our customers, was in Akasaka in downtown Tokyo, whereas the laboratory was in Kokubunji, a city located on the western outskirts of Tokyo. So we were faced with a challenge to create a place of co-creation that works hand-in-hand with technology.

We wanted to make innovation happen faster, including prototyping and social implementation. "Kyōsō-no-Mori" was launched as a hub for these objectives. Our design team moved to Kokubunji, Tokyo and employees to engage in three types of innovation creation, which I referred to in the beginning, gathered at Kyōsō-no-Mori.

— What kind of activities take place in particular when people from outside Hitachi, from other companies or public administrations, come to Kyōsō-no-Mori?

Mori
For example, stakeholders of various backgrounds come together to hold large-scale discussions that can be compared to an international conference. We also hold all kinds of discussions by utilizing "NEXPERIENCE," Hitachi's methodology that Mr. Maruyama mentioned previously, in the form of a workshop so that our employees and people from outside can share ideas surrounding a business model.

When an idea takes shape and starts moving forward as a project, researchers who are based in the same building join the discussion. This makes it possible to rapidly create the prototype of the business model, thanks to our fully equipped cleanroom. We can also perform demonstration experiments of the new business model with the help of the local community. A place where customers (companies and public administrations), Hitachi's designers and researchers, and the community can take part in innovation creation through discussions. This is what "Kyōsō-no-Mori" is.