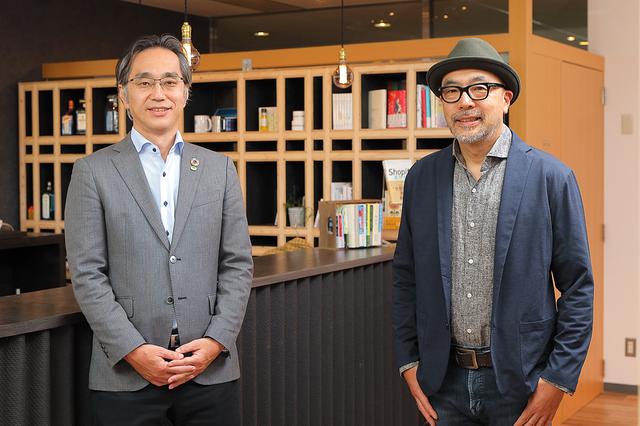 Societal Transition and AI - Vol.2: Can AI Connect Cyberspace and the Real World?
[Part 1] How will social systems change with AI? (First half)

Executive Foresight Online 編集部 @ Executive Foresight Online
From Kyōsō-no-MoriSocietal Transition and AI - Vol.2Artificial Intelligence(AI)ExpertBig DataHitachi
Research & Development Group, Hitachi webinar "Innovation Starting with a Question — Societal Transition and AI," which was streamed on October 26, 2021, focused on AI governance. We invited Mr. Hiroto Kobayashi, the President and CEO of INFOBAHN Inc., who has been at the forefront of media and experienced the dawn of AI, and Tatsuhiko Kagehiro, a long-time researcher of AI development at Hitachi, for a dialogue. In this feature, we bring you the contents of the dialogue in three parts.
FacebookTwitter 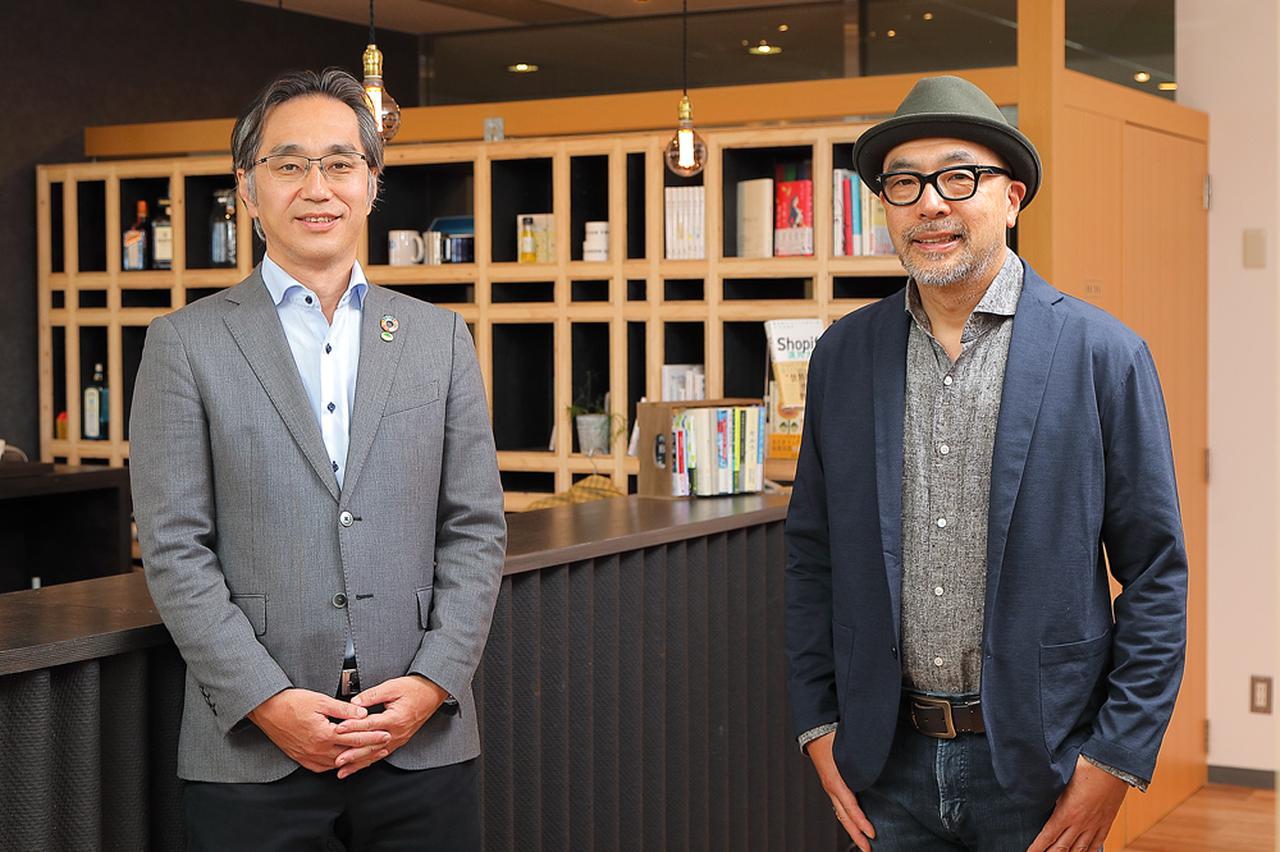 Maruyama
My name is Yukinobu Maruyama, Head of Design at Research & Development Group, Hitachi. I will be the host of this dialogue. Today's topic is "Can AI connect cyberspace and the real world?" Today's first guest is Mr. Hiroto Kobayashi from INFOBAHN Inc. Mr. Kobayashi has experienced and spoken about the interaction of advanced technology and society at the forefront of media. Our second guest is Tatsuhiko Kagehiro, who has been involved in AI development at Hitachi for many years.

Mr. Kobayashi
My name is Hiroto Kobayashi, the co-founder of INFOBAHN Inc. I am currently the Chairman and CVO (Chief Visionary Officer) of INFOBAHN Inc. Before establishing the company in 1994, I launched "WIRED Japan magazine," the Japanese edition of the American technology and culture publication "WIRED" and worked as the editor in chief. I was in charge of reporting trends during the dawn of the internet, which back then was called the "IT Revolution." I founded INFOBAHN Inc. with the goal of supporting corporate digital communication. The company currently owns a subsidiary that runs online media and e-commerce. It focuses on online media such as "Gizmodo Japan" and "Business Insider Japan." As well, I've been helping companies and municipalities with innovation over the last decade or more. Since 2016, I am also the official Japanese partner of TOA (Tech Open Air), a technology conference that has been taking place in Berlin.

Kagehiro
My name is Tatsuhiko Kagehiro. I am the Director of the Advanced AI Innovation Center of Research & Development Group, Hitachi, Ltd. I joined the company in 1994 and took part in the research and development of mainly image recognition processing, pattern recognition and machine learning technologies.

Maruyama
For you two, what was your first interaction with AI?

Mr. Kobayashi
During my years at WIRED, I had the chance to interview people such as Marvin Minsky (*1), who later came to be known as the "father of artificial intelligence," and knowing Daniel Hillis, a researcher from the younger generation who studied from Minsky and specializes in the study of parallel distributed processing (*2). It was certainly the early days of AI. At that time, I asked Dr. Minsky "If there will come a time when we can actually create robots like Astro Boy? " He replied "That's just not possible." I remember him saying "It's a devil of a job to teach common sense to AI. We need a database of common sense."

*1 Marvin Lee Minsky (1927-2016). An American computer scientist and a cognitive scientist.
*2 A method where you segmentalize a specific process within a computer into several small independent processes and put them in action simultaneously over multiple processors.

Kagehiro
When I joined Hitachi, the Japanese postal code was shifting from 5 digits to 7 digits. So the Ministry of Posts and Telecommunications at that time decided to replace the old mail sorting machines with new ones which read addresses written on the mail with a technology called "Optical Character Recognition (OCR)." For this project, I studied cognitive algorithms. It was my first encounter with AI in business for the company and myself. Later on, we developed a technology where one takes a picture of a printed URL with a camera before visiting the site with Mr. Maruyama. Mr Maruyama was a designer who was working on developing the concept of interface technology back then. We studied together and were able to create a prototype. It was a proposal to support text entry using the camera as a sensor, during a time when cell phones with cameras didn't exist.

The composition of "AI vs AI"

Maruyama
As you have those backgrounds, I would like to pose my first question to you both. "Now that AI is becoming a part of our lives, how will social systems change?" When we hear the words "social systems," we tend to think about infrastructures such as railroad and energy, but I think they actually refer to a larger social operation system that also include journalism, tax, and laws. Mr. Kobayashi, what do you think?

Mr. Kobayashi
First of all, I would like to introduce you to a writing engine called "Wordsmith", which automatically generates articles from data. It was developed by a company named Automated Insights. Wordsmith was originally intended to be used to automatically create and send revenue reports and profit and loss reports that investment trusts managing companies were sending to clients every month. By entering the data, you can automatically create an article whose quality is nearly equivalent to that of one written by a human. So in the United States, it is used to generate simple articles—such as sports match results or changes in stock prices—for online news sites.

Other than this, there are other writing engine that write down not only articles but also recommendations for headings and website concepts. For example, all articles on Wordflow AI Articles are generated by a writing engine called Wordflow AI. And actually, all of the news is made up.

Along with the birth of such writing engines, AI which analyzes whether the news written by AI is fake or not is being introduced as well. In the field of journalism at least, I think the time of "AI vs AI" will come, sooner or later.

Kagehiro
The composition of "AI vs AI" is happening in the field of image recognition too. Let's take the Generative Adversarial Networks (GANs) as an example. GANs are an algorithm of a repetitive study where you order one AI to create an image that is similar to the real object, and order another AI to detect it. GANs are already being used in various fields and I think the composition of "AI vs AI" will become more and more common.

Click here for "[Part 2] How will social systems change with AI? (Second half)"